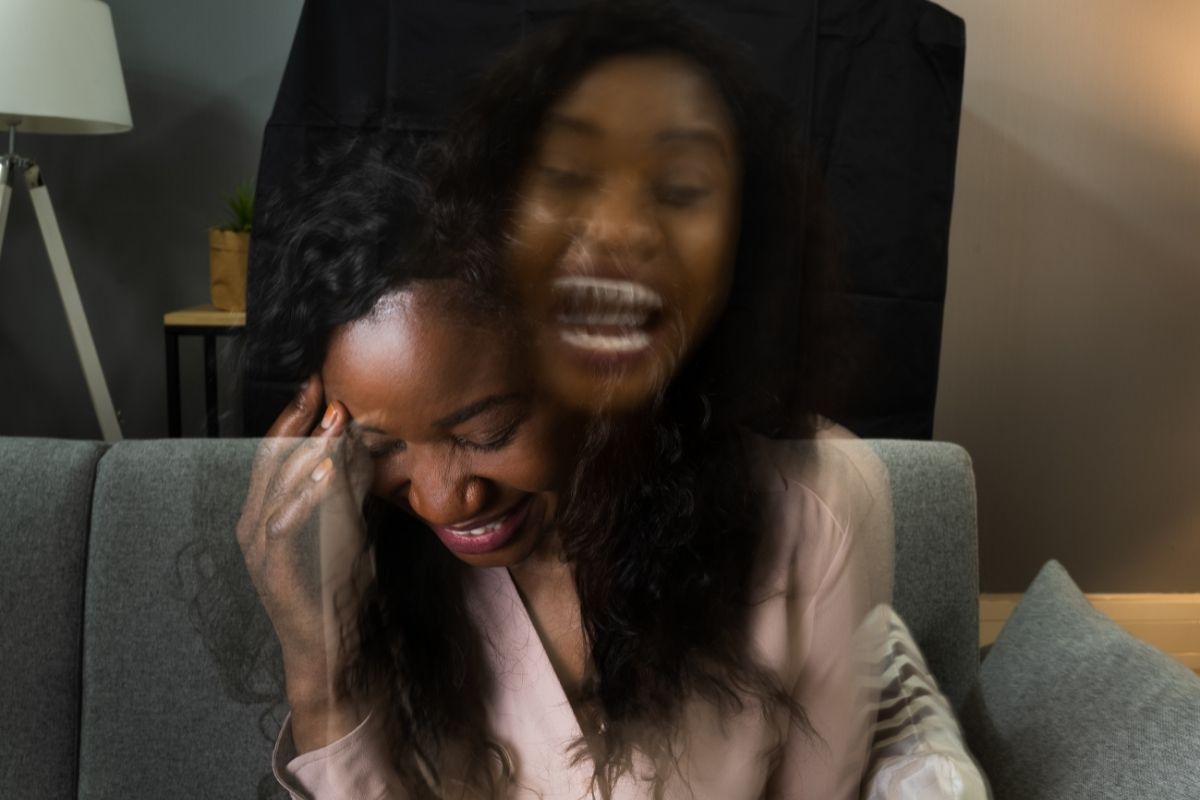 Drug induced bipolar disorder, drug-induced mania or manic episode are terms used to describe a condition in which a person has an acute change of mood and/or behavior that occurs as a result of taking certain drugs.

Contents show
1 How Do I Know If My Loved One Has This Disease?
2 Drug-Induced Mania Symptoms
2.1 Hallucinations
2.2 Delusions
2.3 Paranoia
2.4 Abnormal Thinking Patterns
2.5 Impulsiveness
2.6 Violence
2.7 Suicide Thoughts
2.8 Substance Abuse
2.9 Substance Abuse Withdrawal
3 Is There A Cure For Drug-Induced Bipolar Disorder?
3.1 Antidepressants
3.2 Other Antidepressants
4 How To Look After Somebody With Drug Induced Bipolar
5 How Should You Talk To Someone Suffering With Drug Induced Bipolar?
6 Final Thoughts

A manic episode can be caused by any number of medications, including antidepressants, antipsychotics, anti anxiety medications, stimulants, hypnotics, sedatives, opioids, antihistamines, muscle relaxers, and others.

In some cases, the medication may have been prescribed by a doctor; in other cases, it may have been obtained from friends, family members, or even over-the-counter products.

So, let’s take a look at this topic in more detail.

How Do I Know If My Loved One Has This Disease?

The symptoms of drug-induced bipolar include:

If you notice these symptoms in your loved one, it could mean they have drug-induced bipolar.

It is important to note that there are many different types of bipolar disorders and not all people who experience manic episodes will develop full blown bipolar disorder.

Some people only have milder forms of the disease and do not require treatment.

However, if you suspect your loved one has bipolar disorder, it is best to seek medical attention right away.

This is because untreated bipolar can lead to serious health problems such as suicide, violence, substance abuse, and hospitalization.

When someone experiences a manic episode, their mood changes very quickly. They may become extremely happy, energetic, talkative, and irritable.

They also tend to lose track of time and forget what day it is.

In addition, they often engage in risky behaviors such as driving fast, spending money recklessly, and engaging in sexual relationships.

People experiencing a manic episode may also exhibit unusual thoughts and feelings. These include:

Hearing voices, seeing things that aren’t really there, feeling like something is crawling on them, etc.

Believing that people are trying to hurt them, or that they’re being followed, spied upon, etc.

Believing that everyone around them is against them

Having trouble making decisions, talking too much, or doing things impulsively

Becoming violent towards themselves or others

Wanting to kill themselves

When an individual stops taking his/her medication, he/she may experience withdrawal symptoms which can cause him/her to feel depressed, anxious, angry, confused, agitated, and suicidal.

Is There A Cure For Drug-Induced Bipolar Disorder?

There is no cure for drug-induced bipolar, but it is possible to treat the condition with medications.

These medications help stabilize moods and reduce symptoms so that the person can function more normally.

In some cases, a combination of medications is needed to effectively manage the illness. Medications used to treat drug-induced mania include:

These medicines work by increasing levels of serotonin (a brain chemical) in the brain.

The most common antidepressants include:

These medicines don’t directly increase serotonin levels in the brain, but instead block other chemicals that play a part in controlling mood.

The most commonly prescribed ones include:

How To Look After Somebody With Drug Induced Bipolar

If you are caring for someone who has been diagnosed with drug induced bipolar disorder, there are several things you should know about this type of mental health problem.

First, it’s not uncommon for people to have both manic and depressive episodes.

Second, these episodes may be triggered by life events such as stress, diet changes, or even medication side effects.

Third, the symptoms of drug induced mania can look similar to those of major depression.

It’s important to note that some medications used to treat bipolar disorder can cause severe reactions in patients with a history of substance abuse.

If your loved one has had a previous diagnosis of alcohol or drug addiction, he or she will need to take extra precautions when taking any prescription drugs.

In addition, if you suspect that your loved one is abusing alcohol or illegal substances, you should immediately seek help from a medical professional.

You might want to consider talking to him or her about how to handle the situation.

Finally, you should always make sure that your loved one is getting enough sleep, eating well, and exercising regularly.

These activities will help keep his or her mind and body healthy.

How Should You Talk To Someone Suffering With Drug Induced Bipolar?

One of the first things you should do if you’re concerned about a friend or family member who is suffering from drug induced bipolar disorder is to talk to them about what they’ve been through.

They may feel embarrassed or ashamed about their condition, so you’ll want to reassure them that they aren’t alone.

You can also ask them questions about their experiences with the disease, including whether they’ve ever experienced a manic episode before.

In addition, you could try asking them about their treatment plan. Are they currently on medication?

How often does their doctor prescribe new medicines? What other treatments have they tried?

You can also offer support by listening carefully to their answers.

Don’t jump in with advice unless asked for it. Instead, let them tell you what they think about their condition.

Drug induced bipolar disorder is a condition where a person experiences both manic and depressive symptoms.

While the cause of this illness is unknown, some medications used to treat other conditions can trigger manic episodes.

If you’re worried that your loved one might have this condition, talk to their doctor about treatment options.