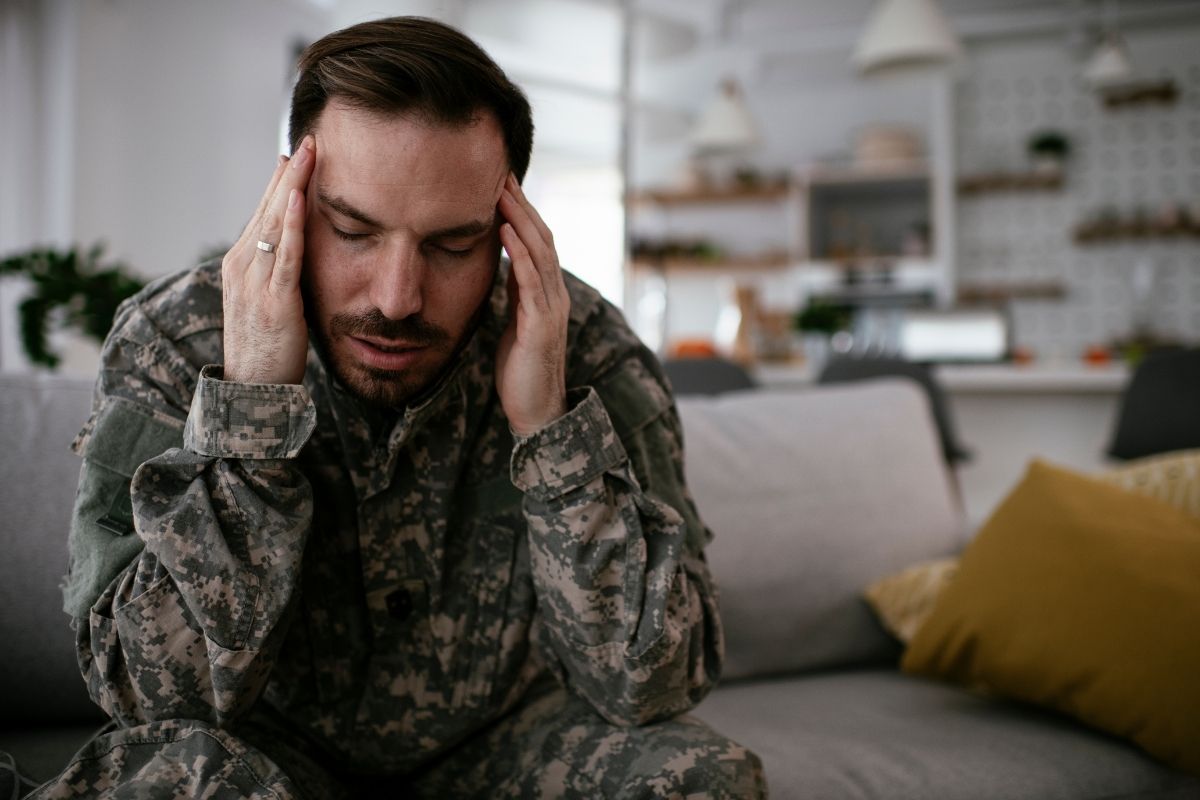 Addiction is a serious problem in our society today. Many people struggle with substance abuse or other forms of addiction. Some of these addictions can even lead to post-traumatic stress disorder (PTSD).

According to the National Institute of Drug Abuse, approximately 20 million Americans suffer from some form of substance abuse disorder.

In addition, over 2 million people in the U.S. meet the criteria for alcohol dependence or abuse.

PTSD is a mental health condition caused by experiencing or witnessing trauma. The symptoms include flashbacks, nightmares, avoidance behavior, and hyperarousal.

People who experience trauma often develop PTSD because they don’t receive adequate treatment. This article will discuss both addiction and PTSD and whether addiction can lead to PTSD.

The American Society of Addiction Medicine defines addiction as “a primary, chronic disease that persists after exposure to an addictive drug has been discontinued.”

There are various types of addiction including:

When someone becomes addicted, their brain changes. These changes create cravings for the substance.

Addiction And The Brain

The brain is made up of billions of neurons that communicate with each other through synapses. These synapses are like tiny bridges connecting one neuron to another.

When you learn something new, your brain creates a memory. Your brain also stores memories when you experience certain emotions or have bad experiences.

When someone has an addictive personality, their brains tend to become more sensitive to substances such as drugs and alcohol.

As a result, the person may crave these substances more than normal. This craving causes them to use the substances again and again. Eventually, this leads to addiction.

When someone becomes addicted to drugs or alcohol, their body begins to produce dopamine. Dopamine is a neurotransmitter that affects how we feel.

It helps us focus on tasks and makes us feel good. Too much dopamine can make us feel euphoric.

Over time, the brain adapts to the presence of drugs or alcohol and the extra dopamine they provide. This adaptation causes changes in the structure of the brain.

For example, the hippocampus shrinks, which decreases the ability to create long-term memories.

Without enough activity in the prefrontal cortex, the person may act impulsively without thinking about what he or she is doing.

As mentioned above, the brain adapts to addiction and the person becoming addicted may not always detect the negative effects of using drugs or alcohol until it’s too late and the addiction has taken form.

Therefore, the addict may continue to use despite knowing that it is causing harm to his or her life.

PTSD And The Brain

Examples of trauma include being physically abused, losing a loved one, or watching someone die.

People who have been traumatized often exhibit signs of posttraumatic stress. They may have trouble sleeping, feel anxious, or avoid situations where they might be reminded of the traumatic event.

Posttraumatic stress disorder (PTSD) occurs when a person continues to re-experience the trauma even after the original event has passed.

This could happen if the person was attacked while walking home alone at night or if he or she witnessed a friend get injured.

The symptoms of PTSD usually last for several weeks or months. Symptoms typically begin immediately after the trauma and then gradually fade over time with appropriate treatment.

Does Addiction Cause PTSD?

Despite the fact that PTSD and addiction are separate illnesses, the likelihood of experiencing a traumatic event that could lead to PTSD increases with substance abuse.

A study published in the Journal of Psychopharmacology found that people who abuse substances are more likely to experience trauma.

Researchers surveyed 1,000 adults between the ages of 18 and 50. They asked participants whether they had experienced a traumatic event since age 15 and whether they were currently abusing substances.

Of those who reported having experienced a traumatic event, 34 percent said they also used illegal substances.

In comparison, only 14 percent of those who did not report experiencing a traumatic event used illicit substances.

Researchers believe that substance abusers are more vulnerable to traumatic events because they are more likely to engage in risky behaviors.

People with addictions tend to rely on substances as a way to cope with problems or trauma and will enter dangerous situations to feed their addictions.

Therefore, addiction and PTSD can have a bidirectional relationship where one can lead to the other.

How Can Substance Abuse Lead To Traumatic Events?

Addiction can lead to traumatic events in many ways. One reason why addicts become involved in criminal activities is due to their inability to resist temptation.

If an addict is unable to resist cravings for drugs, he or she will most likely engage in crime to obtain money to buy drugs.

Another reason why addicts fall into criminal activity is that they lack self-control. When an addict uses drugs or alcohol, he or she loses control over himself or herself. This leads to poor judgment and impulsive behavior.

Another factor that contributes to traumatic events among drug users is that they are exposed to dangerous environments.

For example, some addicts will travel to dangerous places where they can purchase drugs. This exposes them to unsafe conditions such as robbery, assault, or rape.

When it comes to addiction, there is no known cure. However, there are treatments available that help individuals overcome this disease.

The best treatment plan depends on the severity of the addiction and how long it has lasted. Some types of treatment include:

An outpatient program allows patients to attend therapy sessions during normal business hours. These programs may be offered at clinics or hospitals.

This type of treatment helps patients get off drugs by providing them with medications and therapies. It is recommended that detoxification services be completed before any other form of treatment begins.

Counseling is a process through which clients learn about themselves and develop new ways to deal with issues.

Medication can also be provided to decrease symptoms of anxiety, depression, and insomnia associated with PTSD. In addition, it can improve concentration and reduce flashbacks.

Addiction is a complex disease that affects millions of people worldwide. Many factors contribute to its development.

PTSD can occur after experiencing a traumatic event. Both addiction and PTSD can be debilitating illnesses, and although they are separate, one can lead to the other due to a range of factors discussed in this article.