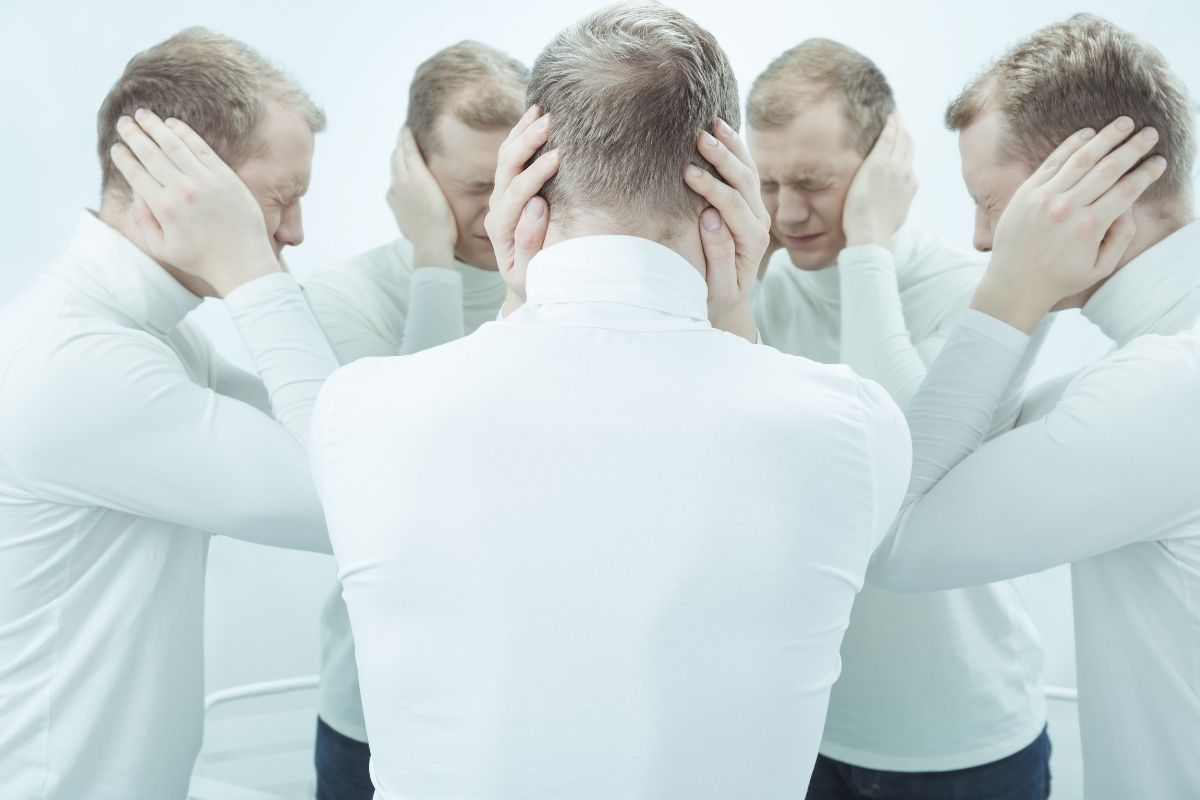 We all know the physical dangers of abusing drugs but sometimes, the psychological effects are overlooked or not known about.

One of the most serious mental health conditions is schizophrenia and for many years, people have wondered if drug abuse can lead to this condition.

The short answer is yes, schizophrenia can be caused by drug abuse but there are so many factors to be considered and this can often be confusing.

We’ve created this article to clear up the confusion. We’ll look at what the condition is, how it is caused and whether drug abuse can play a role in this mental health condition.

Before we move on, it’s best we clear up what this condition is.

Schizophrenia is a psychiatric disorder that affects around 1% of the population. It’s also known as ‘split personality’ because sufferers typically experience two different personalities.

The main symptoms include hallucinations (seeing things that aren’t there), delusions (believing something isn’t true) and disordered thinking.

Schizophrenia is very difficult to diagnose and treat. There is no cure, but medication can help manage some symptoms.

How Does Schizophrenia Develop?

There are three main types of schizophrenia: paranoid, undifferentiated and catatonic.

The first type involves paranoia and delusions and the second type includes both hallucinations and delusions.

Paranoid schizophrenia is thought to develop when a person has a predisposition toward developing the condition.

This means they may have a family history of schizophrenia or other mental health issues.

Catatonic schizophrenia is usually seen in young children and adolescents.

These patients have a rigid body posture and do not respond to their environment. They’re often withdrawn and unresponsive.

Undifferentiated schizophrenia occurs when a patient experiences psychosis without any specific features.

It’s important to note that schizophrenia is not one disease but rather a group of disorders with similar symptoms.

As such, it can be hard to pinpoint exactly which factor causes schizophrenia.

Some researchers believe schizophrenia is caused by a combination of genetics and environmental factors.

Some studies show that schizophrenia runs in families. If you have a parent who has schizophrenia then your risk of having the condition increases.

If you have a close relative with schizophrenia then your risk of getting the condition increases even more.

Other studies suggest that schizophrenia is triggered by an event in life. For example, a traumatic event like being sexually abused can trigger the condition.

Other environmental factors include substance abuse, stress and malnutrition.

However, research shows that cannabis use doesn’t increase the chance of developing schizophrenia.

Alcohol is another commonly-used drug that can cause schizophrenia. A study found that alcohol consumption increased the risk of schizophrenia by 50%.

Alcoholics tend to have a higher rate of schizophrenia than non-alcoholics. In addition, heavy drinkers are at greater risk of developing the condition.

The evidence suggests that smoking marijuana does not increase the risk of developing schizophrenia. It can however make existing symptoms worse.

How Do Drugs Cause Or Affect Schizophrenia?

Schizophrenia is a complex disorder that affects many parts of the brain. Many neurotransmitters play a role in its development.

Neurotransmitters are chemicals that transmit messages between cells. They help regulate mood, emotions and behavior.

Dopamine plays an important role in regulating movement, motivation and pleasure. Dopamine levels are low in people with schizophrenia.

When people use drugs, they impact the balance of these chemicals in the brain which can cause misfiring or incorrect communication between the neurotransmitters.

As a result, mental health conditions can occur and one of these is indeed schizophrenia.

It’s difficult to pinpoint sometimes if schizophrenia was an already established condition when it comes to diagnosing people who abuse drugs.

Doctors debate whether the patient already had the condition before abusing drugs which may or may not have exacerbated the condition, or if drugs played the primary role.

In reality though, it doesn’t matter too much as doctors and other professionals will work with the patient to treat both the drug dependence and mental health condition.

This is not uncommon for places such as residential rehab centers.

What Are The Symptoms Of Schizophrenia?

Hallucinations are perceptions that aren’t real. These could be auditory, visual or tactile.

Delusions are false beliefs that someone has about themselves, others or the world around them.

Some examples would be hearing voices telling you to hurt yourself or believing your partner is cheating on you.

People may find it hard to follow instructions or keep track of what they’re doing.

The severity of each symptom varies from person to person. However, there are some common characteristics among all types of schizophrenia.

Some people hear voices talking to them. Others see visions of things that don’t exist.

Someone might believe that their body is possessed by evil spirits. Or they might think that someone else is trying to harm them.

They may lose touch with reality and act out of character. For example, they might start to talk to strangers or make strange decisions.

Treatment options for schizophrenia vary depending on the type of symptoms a person experiences.

The problem is that drugs have already caused an imbalance in the brain, so the patient may have to go through detox first.

Therapy can be helpful for treating schizophrenia. It involves working with a therapist to understand how the patient feels and why he or she acts the way they do.

This is also a common treatment in rehab centers for patients who have abused drugs and alcohol, and many of these residents will be living with mental health conditions.

Patients suffering from schizophrenia often feel alone. Support groups offer a place where people can share stories and get advice.

Yes, drug abuse can cause schizophrenia, but there are many reasons why someone might develop the condition and abusing drugs may simply make their pre-existing condition worse.