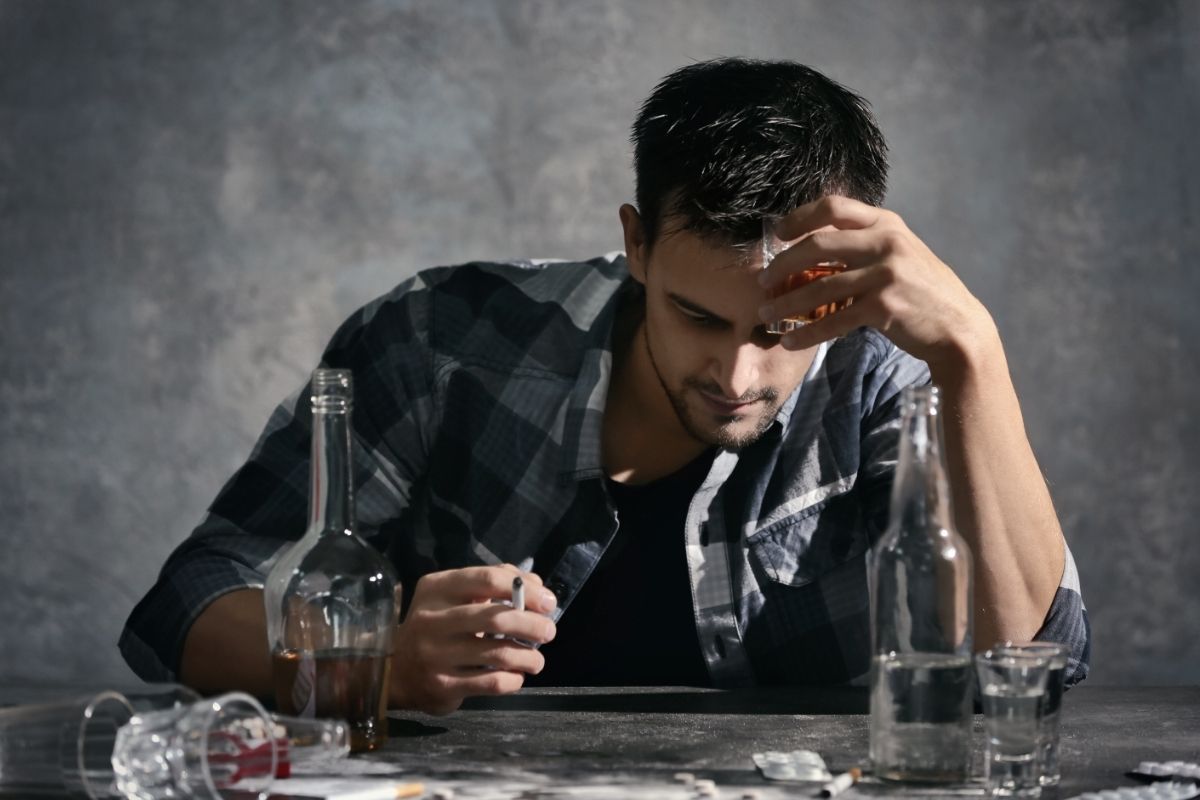 Alcohol affects every part of our body, from our heart to our brains.

The effect of alcohol on the brain is particularly important because it can cause serious health problems such as memory loss, dementia, and even death.

Alcohol is a depressant drug that can impair coordination. It also affects the way the brain processes information.

This can result in impaired decision-making, poor judgment, and reduced ability to focus.

Alcohol consumption has increased dramatically over the last century.

How Does Alcohol Affect The Brain?

The effects of alcohol depend on how much you consume, when you consume it, and for how long.

If you have one or two drinks at a party, you probably won’t experience any harmful effects.

However, if you drink more than this amount, your behavior may change significantly.

You might become aggressive, depressed, paranoid, or confused. Your speech may slow down, and you may lose control of your emotions.

In extreme cases, you could suffer from delirium tremens (DTs), which causes hallucinations and seizures.

In addition to these physical changes, there are also behavioral changes that occur after consuming alcohol. These include:

These behavioral changes are often referred to as “alcohol-induced cognitive deficits.”

They’re caused by the fact that alcohol affects the parts of the brain that process information.

When you drink alcohol, it enters the bloodstream and travels through the blood vessels to the brain.

Once inside the brain, alcohol affects different areas depending on where it gets absorbed.

For example, alcohol will get absorbed into the cerebellum first, then the hippocampus and amygdala.

The amygdala controls emotional responses. A damaged amygdala can lead to depression.

What Are Some Effects Of Alcohol On The Brain?

When you drink alcohol, it passes through the blood vessels and reaches the brain. There, it binds to receptors located throughout the brain.

This binding triggers chemical reactions that affect certain regions of the brain. Alcohol affects the following structures within the brain:

Alcohol affects each part of the brain differently. For example, alcohol increases dopamine levels in the nucleus accumbens.

Dopamine is a neurotransmitter that helps regulate motivation, pleasure, and reward. It also helps keep us awake.

Therefore, alcohol makes you feel good because it stimulates the release of dopamine. Alcohol also affects the limbic system.

When we drink alcohol, it activates the limbic system. As a result, our emotions become heightened.

When we drink alcohol while making a decision, it tends to sway our judgment. The basal ganglia help coordinate movement.

Alcohol affects the basal ganglia. When we drink alcohol and move, our movements tend to be jerky and uncontrolled.

When we drink alcohol during activities requiring coordination such as driving, playing sports, or dancing, we have difficulty keeping our balance.

The cerebral cortex is responsible for higher functions like thinking, reasoning, planning, and problem-solving.

Alcohol affects the cerebral cortex. When we drink alcohol after performing these tasks, we tend to forget them.

The subcortical white matter contains nerve fibers that connect the various parts of the brain. Alcohol has little effect on this area.

However, when we drink alcohol, we tend to lose control over our body’s actions.

When we drink alcohol before doing something mentally challenging, we tend to perform poorly.

The striatum is one of three divisions of the basal ganglia. The striatum receives information from many areas of the brain.

Alcohol alters the function of the striatum.

When we drink alcohol in combination with physical activity, we tend to experience greater muscle fatigue than if we had not been drinking.

This can lead to injuries. The corpus callosal fibers are bundles of axons that connect the two halves of the brain.

When we drink alcohol with physical activity, we often do not remember what happened.

What Are Some Of The Other Effects Of Alcohol On The Body?

Alcohol can also affect the heart. A person who drinks heavily may develop high blood pressure.

Drinking too much alcohol can cause an irregular heartbeat known as atrial fibrillation.

This occurs when the electrical impulses in the upper chambers of the heart end up beating out of sync with those in the lower chambers (the ventricles).

In some cases, the atria will start beating faster than the ventricles. If untreated, atrial fibrillation can lead to stroke.

Alcohol can also harm the liver. It damages the liver’s ability to break down toxins and remove waste products from the body.

Cirrhosis is a disease characterized by scarring of the liver tissue. Without treatment, it can eventually kill you.

Cirrhosis is caused by long-term heavy drinking. It usually begins slowly but then progresses rapidly.

Alcohol can also damage your kidneys. Long-term heavy drinking can cause kidney failure.

Your doctor will check your urine for signs of proteinuria (protein in the urine).

Proteinuria means that there is excess protein in the urine. Proteinuria can be a sign of kidney problems.

Your doctor will also test your blood to determine whether you have diabetes. Diabetes can cause proteinuria.

Alcohol can also cause other health problems.

If you drink alcohol while pregnant, your baby may suffer birth defects. You should avoid alcohol during pregnancy.

Alcohol can cause mental problems such as depression, mania, hallucinations, and delusions.

Alcohol affects people differently and there is no way to predict how someone will react to alcohol.

That is why it is always responsible to have someone around you when drinking alcohol.

We hope this article has answered all your questions about how alcohol affects the brain.

We know that alcohol is very powerful and can change our lives permanently.

However, we believe that knowing more about its effects on the human body can help us make better decisions about alcohol use.

So, we hope this article helped to bust some myths about the brain and alcohol, and just how much it can affect our actions, words and more.