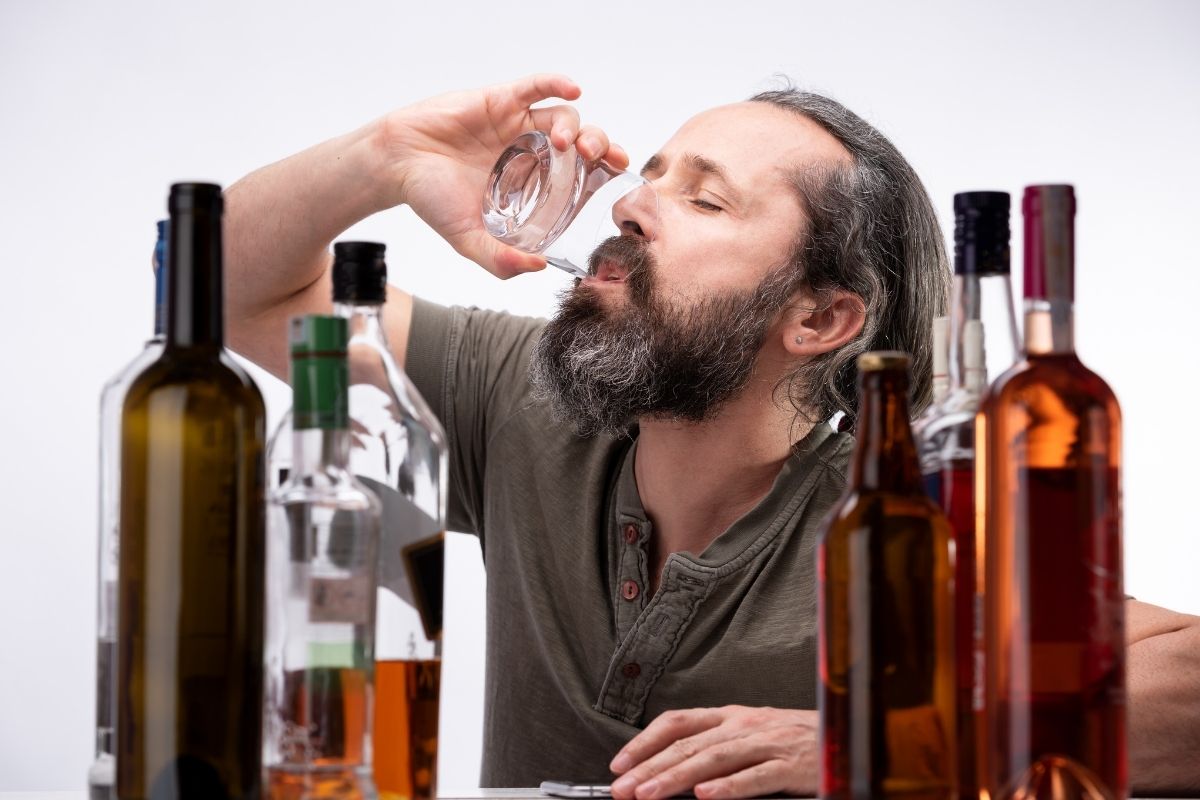 The consumption of alcohol has an impact on most of your bodily functions. From the liver and adrenal glands to the brain and thyroid gland.

Most people can get by with moderate alcohol consumption including the odd tipple daily yet with a thyroid condition and hypothyroidism you can expect some pronounced effects.

If you do have a thyroid condition such as hypothyroidism you should be taking some healthy decisions to look after it.

In this guide, we will look at how alcohol consumption may make hypothyroidism worse.

The Effects Of Alcohol Consumption On General Health

There is the saying that you should take a lot of things in moderation and alcohol is certainly one of them.

That moderate consumption should be a single daily drink for women and perhaps double that amount for men.

However, that does not apply to those under 21 years of age, those on medication that can interact adversely with alcohol, and pregnant women.

Excessive alcohol consumption can have pronounced effects on an individual’s general health.

Alcoholism can also go hand in hand with certain social and physical issues though it also has a direct link to hypothyroidism.

The Direct Link Between Alcohol And Hypothyroidism

There is one way that the after-effects of alcohol consumption can affect hypothyroidism and that is through acetaldehyde.

The compound is known to cause hangovers and can even mess with thyroid hormone receptors. As the receptors attempt to compensate for less feedback, the thyroid gland can become overworked which can then lead to hypothyroidism.

With an excessive amount of acetaldehyde, the symptoms of hypothyroidism can be caused. This may even be while the thyroid functions normally during a period when alcohol is not being consumed.

However, the effects of alcohol consumption are increasingly pronounced on the liver and adrenal glands compared to the thyroid glands.

You can expect the liver and adrenal glands to take the brunt of the adverse effects of alcohol use.

How the liver processes and filters out whatever comes into the body is one of those primary bodily functions that an individual should be concerned about. This still has an impact on the thyroid due to how the functions of the liver are so closely related.

How Alcohol Consumption Relates To The Thyroid

When the human body consumes alcohol, it can have a drastic effect on the thyroid and how it functions.

In some cases, it can block its primary activity whereas in others it can lower the levels of hormones including Triiodothyronine (T3) and Tetraiodothyronine (T4).

Over time, alcohol consumption can initially enlarge the thyroid and then reduce it. The consumption of alcohol can also destroy thyroid cells and if the thyroid has been reduced in size there are fewer cells to produce those T3 and T4 hormones.

There are even treatments for thyroid nodules that use ethanol ablation therapy which is a minimally invasive treatment using radiology that uses alcohol to destroy tumors.

Why Alcohol And Hypothyroidism Are A Bad Combination

A lot of the symptoms that are associated with thyroid problems are in fact exacerbated by alcohol consumption.

When you consider that symptoms of alcoholism include those identical symptoms then you can begin to appreciate why the two conditions go hand in hand.

Hypothyroidism can cause a lot of bodily processes to slow down and due to alcohol acting as a depressant, those processes can be slowed down even further.

Mood disorders can occur both in hypothyroidism and alcoholism so there can be a connection. There is a theory that the thyroid levels during withdrawal can change hormonal properties throughout the brain.

This would increase withdrawal and that craving which can affect abstinence. The effects of alcohol consumption to reduce the chances of a good night’s sleep are another reason to avoid it if an individual suffers from hypothyroidism.

For a lot of people, moderate alcohol consumption may even have health benefits. These can include reducing the risk of type II diabetes developing, as well as the risk of heart disease.

Moderate alcohol consumption could also help prevent Alzheimer’s disease which is a bonus.

However, if an individual has a thyroid condition then they should be advised to avoid alcohol consumption or at least limit it.

With an autoimmune disease, the individual would be increasingly vulnerable to developing a leaky gut which can become problematic.

How Does Alcohol Consumption Affect The Immune System?

This is largely to do with how alcohol consumption affects your immune system. Beer, wine, and even liquor contain the hormone estrogen in its plant version.

This is known to trigger the immune system and prevent it from the typical defense against inflammation and infections.

You may feel this directly in your gut and this is where alcohol starts to affect your body and then makes its way into the bloodstream.

Alcohol consumption actively alters the tightness of the gut and can make it ‘leaky’. This process kills off good bacteria to allow for bad bacteria to grow which has a detrimental effect on how the immune system functions.

As this bad bacteria leaks, it can trigger an acute response from the immune system and regular alcohol consumption can lead to an autoimmune response and constant inflammation.

Binge drinking can also lower how useful the immune system can be, which can be important during the cold winter months when the common cold becomes a threat.

Of course, the consumption of alcohol can also affect how the liver operates which can also harm an individual’s immune system.

The liver’s primary function is to filter everything that comes into the body, effectively separating the good from the bad.

If the liver gets congested then it cannot convert the inactive T4 thyroid hormone to become the active T3 hormone.

Also, if the liver cannot process estrogen effectively then the substance can build up in your tissues.

With estrogen dominance, you can activate your body’s stress response. This alone can perpetuate the stress cycle, then lead to hormone imbalance and hypothyroidism.

What Can Make Hypothyroidism Worse?

A lack of iodine can lead to hypothyroidism in itself. However, an excessive amount can make the condition even worse for those who have already been diagnosed with hypothyroidism.

Thankfully, in the United States, the addition of iodine to common table salt has pretty much eradicated this problem. In other parts of the world, iodine deficiency is still a common problem.