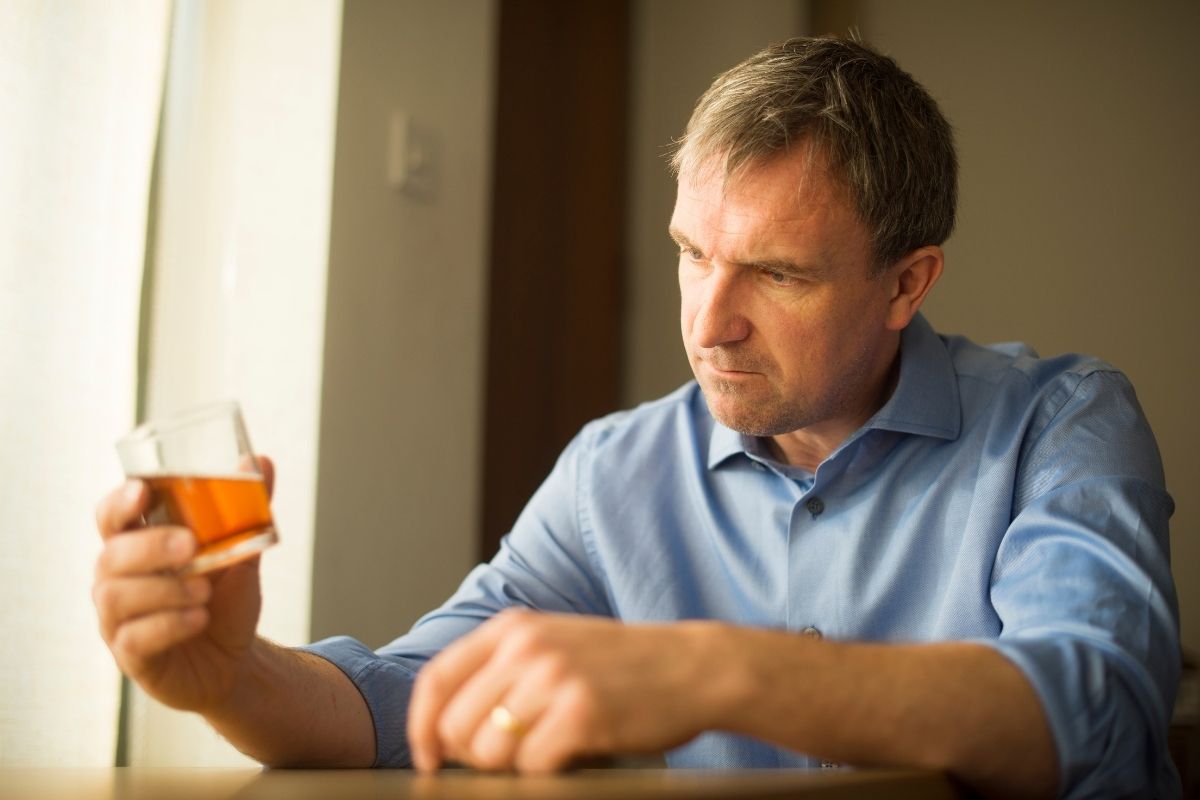 The pancreas has a very important role to play in the body. It produces digestive enzymes, hormones, and insulin which helps regulate blood sugar levels.

And this regulation of blood sugars is quite the balancing act, if levels are too high or low it can lead to the condition diabetes.

We all know how drinking too much alcohol can damage your liver, but what if it were to cause damage to your pancreas also? And what are the implications?

That’s exactly what this article is going to cover. How alcohol affects the pancreas.

We’re going to explain what effects alcohol can have on the pancreas, and what this may mean for your blood sugar levels and your general health, and everything else you need to know.

Please feel free to scroll ahead to any section that jumps out at you. Here goes.

How Does Alcohol Affect The Pancreas?

So, it turns out that yes, excessive alcohol consumption can have an effect on your pancreas, and a negative one at that.

Toxic effects of alcohol consumption can lead to a condition known as acute and chronic pancreatitis. Pancreatitis is when there is inflammation of the pancreas.

Alcohol abuse can cause damage to the cells that make up the pancreas by causing them to swell. This swelling causes the cells to malfunction because they can’t function properly.

There is also an overproduction of molecules known as enzymes that are released by the pancreas, and when this happens, the enzymes begin to attack the cells of the pancreas themselves.

This process leads to scarring of the pancreas, which means it no longer functions properly.

When this happens, the pancreas stops producing enough insulin. Insulin is a hormone that regulates blood sugar levels.

And high blood sugar levels can be particularly dangerous to your health, causing you to develop conditions such as heart disease, stroke, and kidney problems.

In the most severe of cases, the pancreas can even become damaged beyond repair.

What Are The Symptoms Of Alcoholic Pancreatitis? How Will I Know If I’ve Got It?

The first symptom of pancreatitis is usually pain around the stomach area. You might notice this pain coming and going throughout the day, or it could come suddenly.

If you experience sudden abdominal pain, it could indicate that you have pancreatitis.

If you do suffer from the development of pancreatitis, then you’ll likely find that you’re thirsty all the time. Your mouth will often feel dry, and you may want to drink more than usual.

You might also notice changes in your bowel movements, with frequent loose stools. These could be accompanied by nausea, vomiting, and fever.

You should see your GP immediately if you suspect you may have pancreatitis.

They will take a sample of your urine to test for certain markers that would confirm whether you have pancreatitis or not.

How Is Pancreatitis Treated? Is It Curable?

Unfortunately, pancreatitis isn’t something that can be cured. But the good news is that it can be managed with treatment.

The first thing that doctors do is try to reduce the amount of alcohol consumed by the patient.

They might recommend cutting back on the number of drinks per day or week, or perhaps just stopping altogether.

If these measures don’t work, then the doctor will prescribe painkillers and anti-inflammatory drugs to help ease the symptoms.

If the problems persist, then the worst case scenario is that surgery may be required.

What Are The Two Types Of Pancreatitis? And How Are They Caused?

Acute pancreatitis is the type which can be caused by such factors as gallstones or excessive alcohol consumption.

Chronic pancreatitis can be caused by such factors as autoimmune diseases like diabetes, cystic fibrosis, or hereditary disorders.

How Do I Know If I’ve Got Acute Or Chronic Pancreatitis?

Acute pancreatitis is diagnosed based on the presence of three main symptoms:

Chronic alcoholic pancreatitis is diagnosed based upon the presence of two major symptoms:

Is There A Link Between Pancreatitis And Pancreatic Cancer? If So, What Is It?

The reason why pancreatic cancer has such a poor prognosis is because it’s typically detected at an advanced stage when it’s already too late to treat effectively.

So yes, there is a link between pancreatic cancer and pancreatitis. This is because the cells lining the ducts of the pancreas are susceptible to damage during pancreatitis.

When this happens, the risk of developing pancreatic cancer increases significantly.

To What Extent Is Excessive Alcohol Consumption A Risk Factor For Pancreatitis?

In fact, it’s been found that up to 90% of patients who develop alcohol related chronic pancreatitis had previously consumed large amounts of alcohol, normally associated with alcohol addiction.

That said, however, it appears that moderate alcohol consumption does not pose quite as much risk.

A study published in the British Medical Journal found that men who drank less than 21 units of alcohol per week were no more likely to develop pancreatitis than those who didn’t drink at all.

To What Extent Is Heavy Alcohol Consumption A Risk Factor For Pancreatic Cancer?

As mentioned earlier, pancreatic cancer is associated with a typical patient with alcoholic pancreatitis.

However, it’s important to note that while heavy drinking is clearly linked to pancreatitis, it doesn’t seem to directly increase your risk of getting pancreatic cancer.

This means that even though you’re prone to get pancreatitis if you consume a lot of alcohol, you still have a (better) chance of surviving pancreatic cancer if you stop drinking altogether.

Can Pancreatitis Be Prevented?

Yes, pancreatitis can be prevented. In fact, the best way to prevent it is to avoid being exposed to any kind of injury that could cause inflammation of the pancreas.

This includes injuries sustained during sports activities, car accidents, and other similar events.

While some people may argue that moderate drinking isn’t harmful, it’s actually proven to be protective against pancreatitis.

What Is The Maximum Recommended Alcohol Consumption Per Week?

Unfortunately, there is still no global consensus on recommended maximum intake (or safe limits) of alcohol.

But it’s worth noting that many countries recommend drinking no more than 2 standard size drinks of 5% ABV alcoholic beverages per day.

However, this can make it tricky to know when you’re drinking excessively, since people disagree over what constitutes a standard size drink, and many (if not most) alcoholic drinks aren’t exactly 5% ABV.

So, there we have it. Excessive alcohol consumption can damage your pancreas, which can, in the worst case scenario, lead to pancreatic cancer, which can be particularly deadly.

If you suspect that you may have pancreatitis, it is important that you consult with a healthcare professional and get tested.

The good news is that pancreatitis can be prevented, and that if you drink responsibly rather than excessively, this could dramatically drop your chances of damage to your pancreas.

Finding an Alcohol Rehab Center Near You

A large number of heavy drinkers could benefit tremendously from substance abuse treatment. Detox from alcohol can be very risky so we recommend a top notch alcohol addiction treatment program. Call us today to speak with an addiction expert who can help guide you through the admissions process: (844) 569-1713

A number of insurance providers will pay for a large portion or even all of your chronic alcohol treatment. Our staff members are more than qualified to help walk you through the insurance verification process to find out what is covered.